Sorry for the late post.  I had planned on putting this up last night and I fell asleep.  A pretty lame excuse but the truth.

While the rest of Denver was busy watching the Broncos game this weekend, the Husband and I thought it would be a perfect time to venture downtown and find out what we were missing.  We were trying to pick a place that was close to where we planned on grabbing some dinner but that wasn’t too close to Mile High.  We picked a place right off of the interstate and in the Highlands neighborhood.  We drove past a few other breweries that we are excited to try (now that we know where they are) and finally stumbled upon Denver Beer Co. 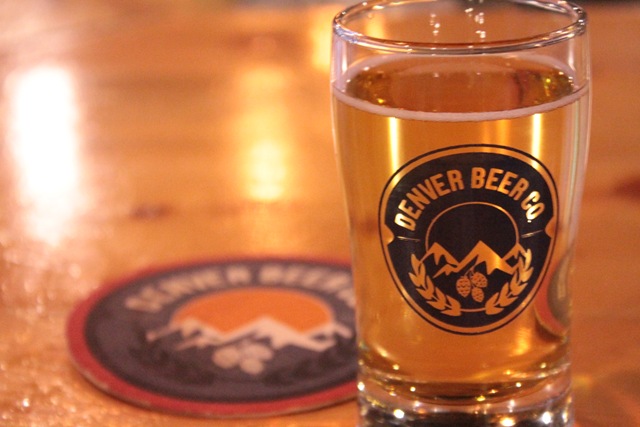 We pulled up to find the place rather, well, empty.  With the game only minutes away and a serious lack of TV’s, we almost had the bar and the bartenders to ourselves!  I really don’t mind that there are no TV’s.  That usually means that the staff actually engages with you and you learn more about the beer.  The Husband and I sat down and we were quickly greeted by Nate!

What we noticed about the Denver Beer Co. is the amazing amount of space!  They have garage doors along the front wall and plenty of community tables.  I can’t wait to go back when the weather is a little warmer to see how busy a Saturday afternoon could get.  I will definitely be putting this brewery along with the other ones on their bike/walking map for a summer adventure!  You can also see the big chalkboard wall! so much fun for events and seasonal art! 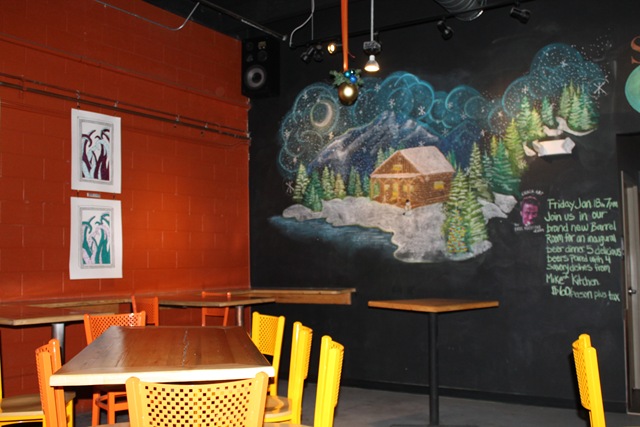 There were seven beers on tap when we visited and there were batch numbers on the board.  When we visited, they were up to 208 total batches since they opened (a year ago!).  We sampled and chatted with Nate.  Turns out there is still a lot of experimenting going on and some expanding as well.  The will be opening a barrel room very soon.  The Husband can’t wait to go back and try some big beers with some friends.

I really loved the Graham Cracker Porter (strange, I know) and the husband really liked a cider collaboration that they have on tap.  When we looked at the beer menu, there wasn’t really a style that you could identify.  They are just making the beers they like and hoping the neighborhood will like them as well!  This was such a comfortable place with such a great vibe.  The beer was good and people were friendly.  Can’t wait to see what other great things they have going on!