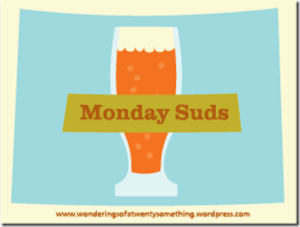 So after a drive through the mountains and a stop for a bite to eat and some car pictures (more details on the Mini drive later), we were off to find a brewery that was so out of the way for us that we had to tack it onto other weekend plans.  We traveled up to Windsor in northeast Colorado to check out High Hops.  When the GPS said we were getting close, I didn’t see any industrial space or big grain towers.  What we did see was the hop garden we had heard so much about.  We also found the Windsor garden store.

I had seen on their website that there was a brew store connected to the brewery but I didn’t know that they were both attached to a garden store with hanging baskets, garden gnomes, and fertilizer.

We killed some time wandering around the garden store and seeing what we could put in our non-existent yard.  Once the brewery was open for the day, we made our way in and tried the standard beer flight.  What I was surprised to find was that even though they grow their own hops (37 varieties on property) nothing had a high IBU (International Bitterness Unit) number.  Everything was approachable and very delicious.  There were a few beers that were a bit on the malty/sweet side but for the most part, the Husband and I both liked what we were drinking. 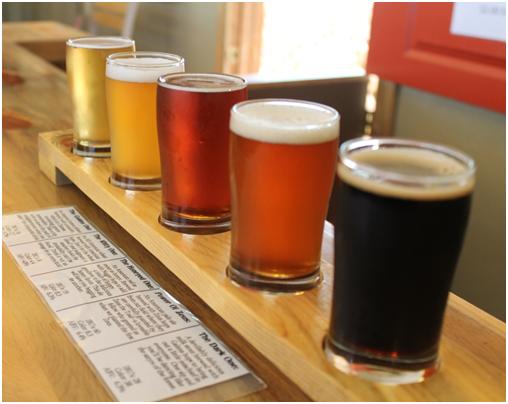 The bartenders were great (Blake and Katie) and seemed to manage the big family friendly patio out back and the bar very well.  Blake let me know that they opened in September 2012 as a natural progression the greenhouse and hop growing business they already had.  The brewhouse is out back and they have a full 10 BBL system on property.  When they can’t grow what they, they try to source it from other local hop growers.  The most popular beer on tap is the red by Blake’s estimate.  It’s called the Honeyed one and it was too sweet for me but I guess the sweet can definitely be a draw.  Maybe in the Fall…

The other experience that brought us to High Hops was the Hop Shot.

I was not disappointed.  Essentially, you are able to take the hop of the day (Cascade when we visited) and dry hop any of the beers on tap.  I was able to try the Zeus(an American Pale) with the Cascade.  What I loved is that the hop addition really cut out any lingering malty notes and made it a clean APA.  We brought some hops home to do some experiments at our house soon.

And I could have spent the entire afternoon lounging in this beautiful hop garden!  The delicious frangrance was starting to come through and it was absolutely peaceful.