Every week I am getting emails about new breweries. The craft beer industry is exploding on the Front Range and I am lucky enough to be here to witness it! For a brewery to make it to it’s one year party (and plenty have!) they have to stand out and do something different. 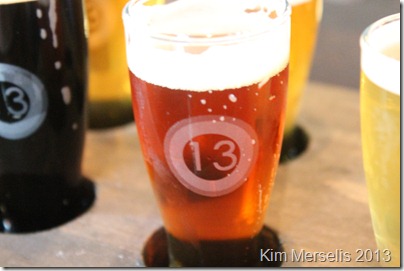 Odd13 has been open a little over a month now and they have opened up shop in Lafayette, CO. Until recently, Lafayette was a tiny desert on the Front Range when it came to craft beer and now they have a great place to satisfy their taste buds. I was able to have a few tasters with Ryan, one of the owners/brewers. He was busy on a Sunday afternoon taking care of the paperwork part of things. He still has a full time job at a local software company so he is definitely working hard to make his dream a reality. 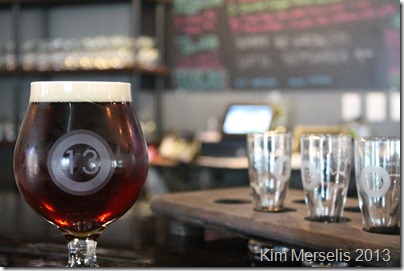 When I sat at the bar (beautiful, by the way) I was poured 7 great tasters. Lots of breweries have tried to fill a niche by making one style of beer (Belgian, Big Beers, Crazy Hoppy Beers). The Odd13 crew has put together lots of tastes and styles to create a dynamic menu that will make most customers happy! The most popular beer for them when I stopped in was the Eric the Red. This beer is not your typical red! It’s actually a Red IPA. I have recently found myself grabbing for a red but this beer made me glad that I am willing to try anything once! The hoppy notes along with the malty aroma of the red was an incredible blend of styles without being too out of the box. 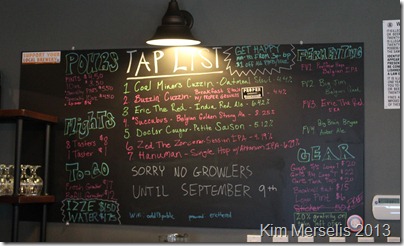 Not only are the beers incredible but the space is great. They have the room on the block to keep the brew house separate from the tasting room. There is also a great patio and space for food trucks out back. There are a few discrete TV’s for Sunday game days and plenty of space to hang out! It was such a comfortable space that I wish it were closer to our house. I would hang out there all of the time. Cheers to the team at Odd13 and your incredible space!